Banknote printing and procurement has historically been the founding element of the Bank of Italy as the only issuing institution commissioned by the Italian State.

Towards the end of the 1960s, with the creation of an industrial plant at the forefront at the international level, both in terms of technological equipment (printing machines, research and development laboratories for the creation of banknotes) and from the point of in view of human resources (highly professional and experienced technical and worker personnel), the Bank of Italy laid the foundations for a leading role among European printing works, which was fundamental in the process of creating the Euro banknote

The transition from a national to an international client (the ECB) led to an enormous effort for the then Banknotes Making Service which can be summarized in some points:

This epochal transition was possible first of all thanks to the human capital available to the Bank of Italy, a worker and technical staff who had trained and specialized in such a delicate sector, at the limits of secrecy, and with specific features that cannot be found in the printing common market, testifying that professionalism is not a productive factor on which savings can be made.

With the entry into force of the Euro as a single currency, and after a few years of low production volumes required by the market, the new banknote had an impressive success as a reference currency, far beyond the Eurosystem’s borders, and this led to an increase dizzying amount of banknotes to be produced for all printing works (in Italy up to 1.5 billion tickets were produced)

This led to a historical Reorganization for the Service which involved:

The agreement between the Institute and the trade union representatives for that new production organization was the culmination of a long and difficult negotiation, and resulted in the creation of many jobs to cover new hourly needs and increases. salaries for employees (shift allowance, for work on machines)

With the entry into force of the ECB guideline of 11/13/2014 and the consequent formalization of the EPPS system (i.e. the Euro production system) based on 2 pillars, for simplification one public and one private, the criteria of economy and competitiveness between producers quickly assumed a predominant role in the Service’s management strategies, by virtue of:

The Bank of Italy carried out a study on possible structural changes in production, in a cost-benefit analysis that did not exclude (and still does not exclude) its outsourcing, following the example of other European countries.
This dramatic possibility discharged on the future of the workers, and used artfully in the negotiations with the Labor Unions to create a climate of conditioning fear, led some unions (but not the CGIL) to rewrite the very nature of the employment relationship at the Ban Service, with the following negatively epochal passages:

About 2 years after the entry into force of this “Organizational Involvement”, some certainties have emerged, namely that the increasingly pretentious annual results are only achievable:

The creation of the paper mill Valoridicarta s.p.a., in partnership with the Poligrafico dello Stato, as our majority supplier of the required annual amount of banknote paper, that is added to this corporate strategy of radical transformation of the Issuing Function.. This project makes us think:

We can therefore draw some conclusions from this itinerary that we have analyzed. 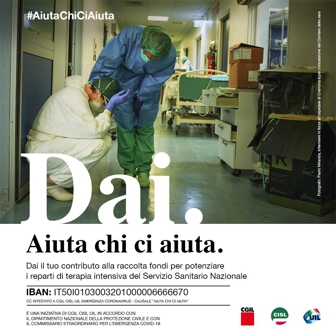 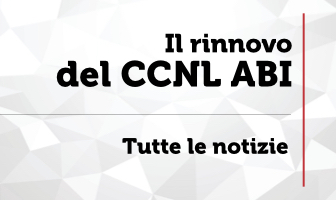